Member of Parliament for Wyre Forest

Mark Garnier was born in London in 1963, is married to Caroline and they have two sons and a daughter. Mark has been the Member of Parliament for Wyre Forest since May 2010 General Election.

Prior to his election to Parliament in 2010, Mark had been an active campaigner in Wyre Forest since January 2004, standing for election at the 2005 General Election and secured the largest gain in the country, with a 14% swing to Conservatives and an increase in the Conservative vote of 45%.

In 2019 Mark received a historical win in Wyre Forest receiving the largest vote share for a Member of Parliament in the history of the constituency.

With extensive experience in business and finance, Mark is championing the cause of the local economy and business in Wyre Forest. Mark has been involved in a number of campaigns, including Fairer Fuel Prices within Wyre Forest, fighting the Labour government's plans to shut Kidderminster's driving test centre and importance of regional airports.   Mark is currently supporting the residents in Cookley and Wolverley against a planning application on the Lea Castle Farm site.

It is the plight of business and commerce that drives Mark’s local agenda and he is actively involved with the local business community, seeking ways to improve the local economy.  He regularly holds Jobs Fairs to link those looking for job opportunities with companies seeking employees.

Mark Garnier was first elected as the Conservative Member of Parliament for Wyre Forest in 2010. On entering Parliament, he served for over 6 years on the Treasury Select Committee as well as the influential Parliamentary Commission for Banking Standards.

In 2016, after a short spell as the Prime Minister’s Trade Envoy for Thailand, Myanmar and Brunei, Mark was appointed Minister for Investment at the newly formed Department for International Trade.

Prior to coming to parliament, Mark had a 27 year career in the City, 15 years of which were specialising as an investment banking covering South East Asia and other emerging markets, and a further 10 years as an asset manager. Through his extensive career, Mark brings a wealth of practical and specific business and economic experience to his role as Wyre Forest’s MP.

A Further £17.9 million for Kidderminster Town

The Chancellor announced in the Autumn Budget that Kidderminster will receive a further £17.9 million Levelling Up funding, in addition to the £20.5 million Future High Street funding announced in the New Year.

County Councillor for Wribbenhall (& Cookley/Wolverley) Ian Hardiman is very pleased to report that the County Council’s Conservative Cabinet have published their 2020/21 Budget proposals which include a commitment to contribute £0.5 million towards the emerging Environment Agency’s Flood Res

Just been down to Beales Corner to talk to the Environment Agency's local team with Mark Garnier. The EA are currently deploying the flood barriers at Beales Corner. 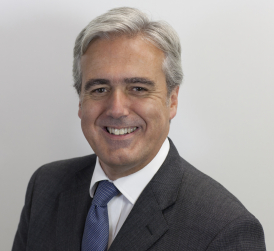