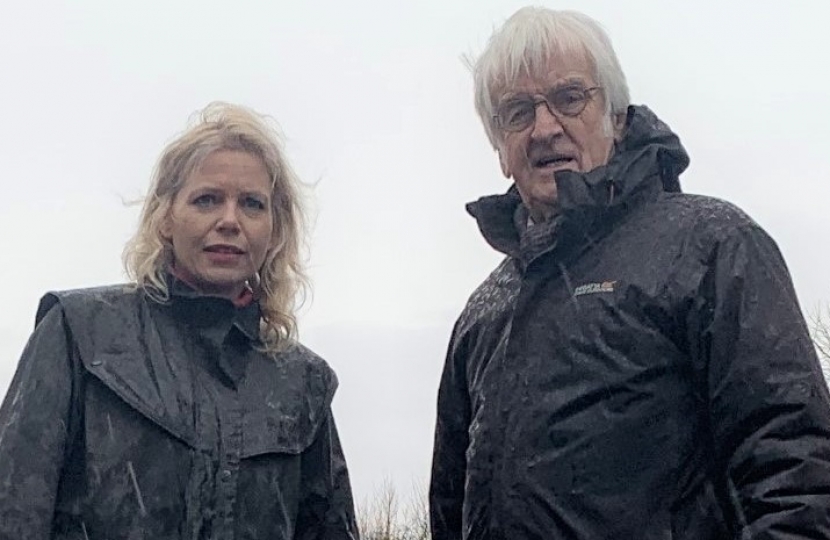 Worcestershire County Council is preparing an emergency package of support for those worst affected by flooding across the County.  Worcestershire has been one of the worst hit counties in the country, as flooding followed Storm Dennis.

Amongst those areas most severely affected in the County have been Tenbury, Upton-upon-Severn, Bewdley and Worcester.  Also there were a number of properties and businesses flooded in Stourport and Wolverley.

The Leader of the County Council, Simon Geraghty, visited Bewdley on Tuesday afternoon to talk to local peope and listen to their concerns as an emergency package of support was being developed to help with the impact that the flooding has had on residents, businesses and local communities.

Worcestershire County Council continues to work alongside the emergency services, the Environment Agency and with other partners to deal with highways issues and provide support to other services where required.

Cllr Becky Vale and Cllr Ian Hardiman who were both on site at Beales’s Corner and Bewdley Severn Side with the Leader of the Worcestershire County Council welcomed this additional financial support for the residents and businesses affected by the floods here in Wyre Forest.

County Councillor Rebecca Vale is pleased to report back with regards to residents' concerns over pedestrian safety on Dowles Road, Bewdley.