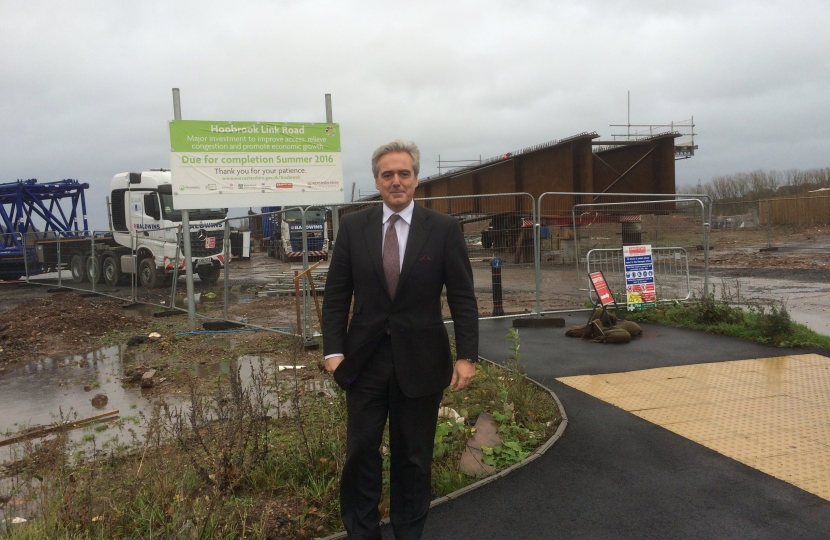 Mark Garnier MP has welcomed new dedicated funding from the Government to fill nearly 1 million potholes across the UK, including improving commuter roads across Worcestershire. Funding of £894,000 will go directly to Worcestershire County Council to fill an estimated 16,868 potholes locally. This is part of a wider move to fill 107,642 potholes across the West Midlands through £5,705,000 worth of funding.

Local motorists will benefit from the dedicated funding after the Government announced that nearly £50 million of funding will be made available to local councils over the next 12 months.  The funding has been made available as part of the Government’s £250 million Pothole Action Fund included in last month’s budget, which will see over four million potholes fixed by 2020/21. It forms a key part of the Government’s plan to invest in infrastructure to secure a better future for our economy.

Mark Garnier MP commented, “The state of our roads is raised with me by local residents and remains a great source of frustration for drivers. This is especially in relation to travelling for business or holidays in other parts of the country. That is why I am glad this is a national fund. We have a great number of projects nationally and locally, such as the Hoobrook link road, that are improving our infrastructure. However maintaining existing projects goes hand in hand with this and so the Pothole Action Fund is a much needed investment.”