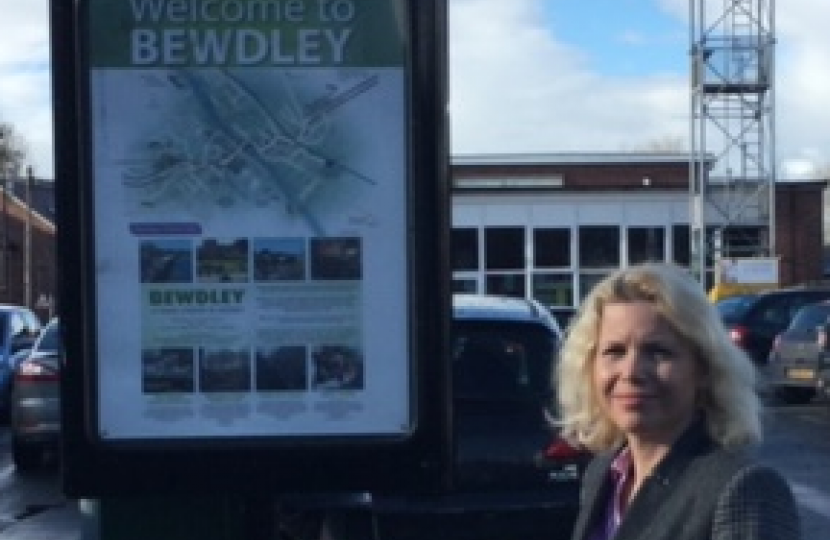 As County Councillor for Bewdley, I have been inundated by phone calls and emails from traders and residents who feel utterly ignored and frustrated by the Progressive Alliance led Wyre Forest District Council’s approach to car parking charges. My colleagues on the District and Town Council have also received a great deal of contact about this issue. As a result, Wyre Forest Conservatives in Bewdley are campaigning to improve the situation.

Wyre Forest District Council has a monopoly on car parking in Bewdley. Due to the historic nature of the town with its very narrow roads and beautiful houses which were not built with car ownership in mind, there is a serious lack of parking. There are no supermarkets or DIY stores with generous free parking, WFDC car parks are pretty much it.

As residents, traders and visitors are so dependent on these car parks, because they have no choice, the removal of one free hour of parking has hit the community hard. People can no longer pop to the Doctors or Pharmacy and park easily, now they have to line up to pay for their essential visit to town. Many people have told Wyre Forest Conservatives in Bewdley that they will no longer pop into town to buy bread or milk, they will keep driving to Kidderminster where they can park on a supermarket car park without hassle. All of this has such a negative impact on the shops and businesses of Bewdley.

When WFDC removed the cash option for machines, making it App payment only, Wyre Forest Conservatives campaigned vigorously against it. Due to the huge outcry, WFDC reacted by performing a U Turn and cash is now an option.

Regarding the removal of the free hour, myself and my Conservative colleagues are campaigning vigorously for its PERMANENT return. In doing this, we are simply representing the voice of residents and traders who are outraged.

Prior to the changes being made, I invited the Leader of Progressive Alliance led WFDC to meet with me and District Councillors Anna and Roger Coleman to discuss the impact of the removal of the free hour on Bewdley. The Leader declined. Traders from the Town got a petition together against the changes which got vast support, but it was ignored.

Wyre Forest Conservatives are dogged in our determination to get this free hour of parking returned in order to support our residents and traders.

The Wyre Forest District Council, under the administration of the Progressive Alliance, a coalition of Liberal Democrats, Independent Health Concern, Independents, Labour and the Green Party councillors, propose as of April to remove free car parking at a number of car parks, introduce evening ca